The archive of the collector of worlds

... a unique art and theatre project

“The archive of the collector of worlds” is an all-encompassing theatre project, a connection between visual arts and street theatre.

There is a buzz of activity. People have gathered around a filigree steel structure, from which seven bell-like hoods are dangling.

Each of these magnificently painted bells is unique. With their opulence and colors, they plunge the place into a wondrously removed mood.

The first curious approach the bells, look at them and eventually disappear underneath the hoods. Tremendously organic forces arise, giving the installation a buoyant and mysterious atmosphere.

By entering the strange universe of the collector of worlds, the visitor becomes part of a changing art object at the same time.

The visitor is being received by a bizarre figure – the collector of worlds. He searched, found, collected and sorted. Now he is carefully looking after his countless treasures like an organizer working against the scattering of the world, inventing worlds of his own underneath the hoods. He can tell a little story about anyone of the countless objects. He knows how to inspire curiosity and to accompany people on their expeditions. Sometimes he greets visitors with a handshake only and watches their amazement with a smile. 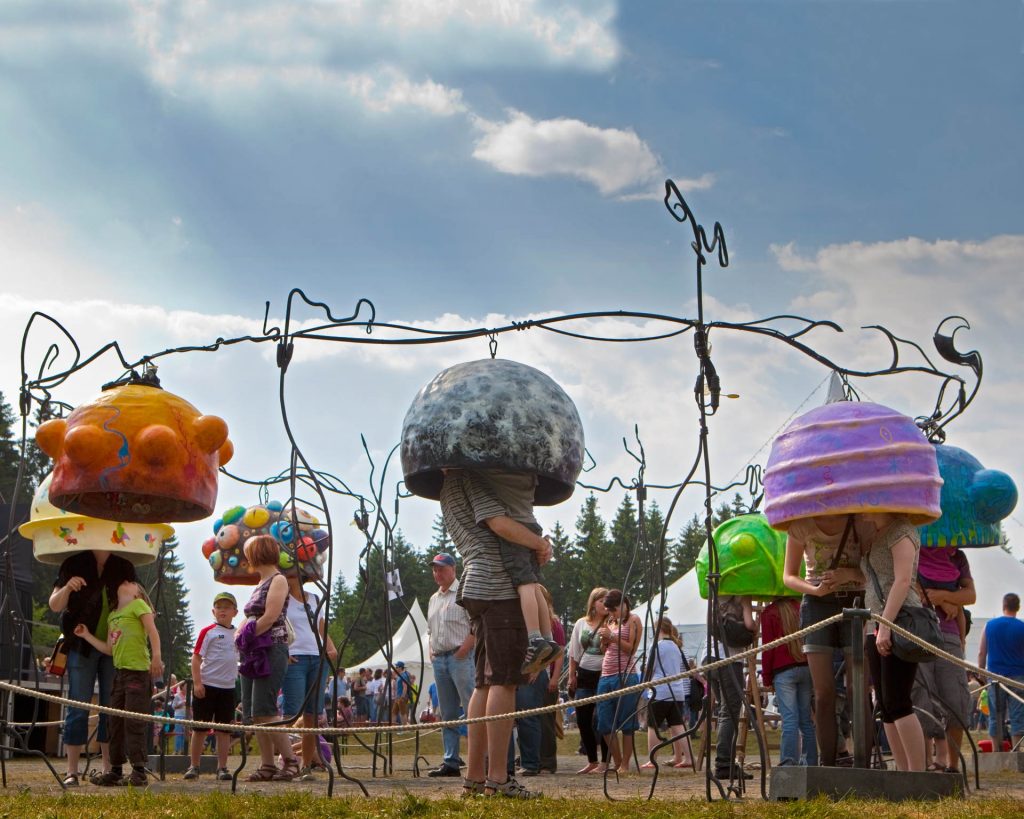 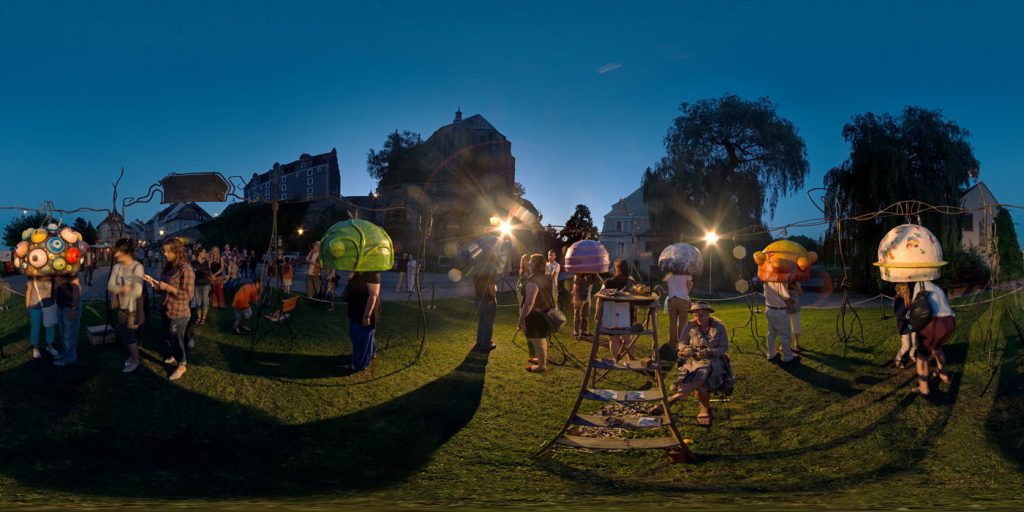 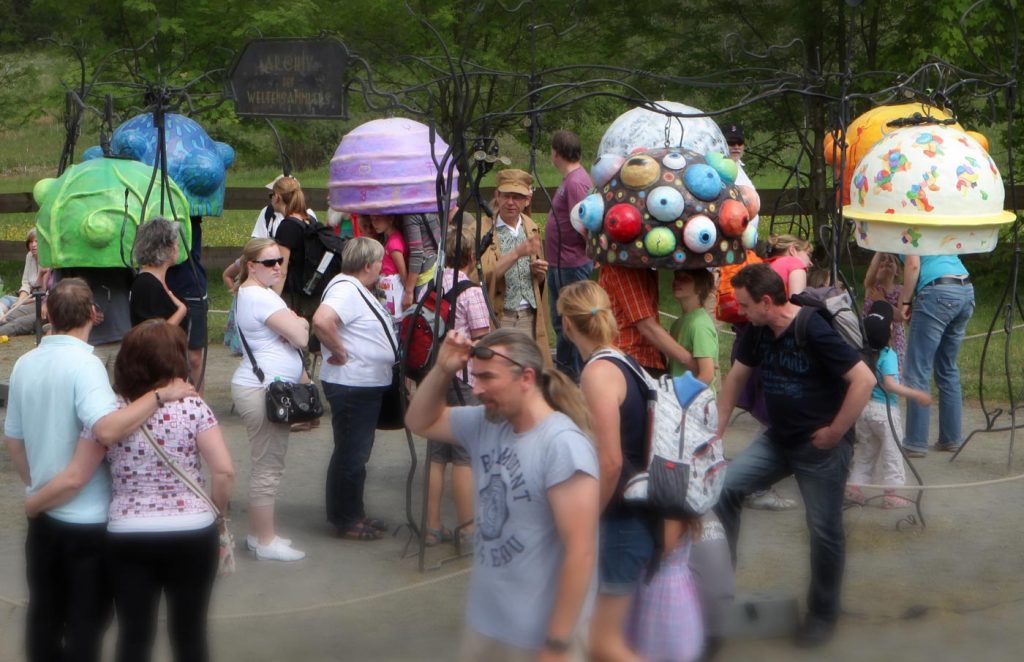